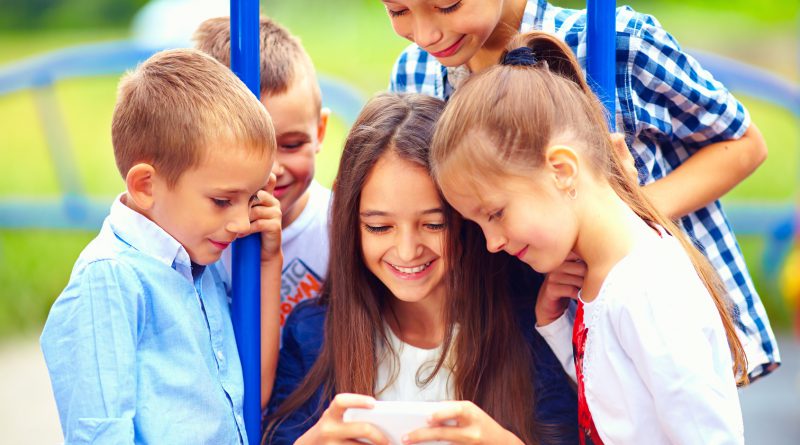 In a national conference set in San Francisco, California, thousands of pediatricians convened to converse on children’s health recommendations for 2017. Among those discussed were children’s screen time, social media, and cyberbullying.

The AAP formerly set screen time limits for children; recommending that kids aged 2 years and above should only be in front of television sets no more than 2 hours a day.

These days, however, defining a set of rules can be more difficult as digital media is available 24/7 in myriad platforms.

Dr. Yolanda Reid Chassiakos, lead author of Children and Adolescents and Digital Media Technical Report and an assistant professor at UCLA, said, “It doesn’t make sense to make a blanket statement of screen time anymore. For some children, 2 hours may be too much.”

The AAP defined screen time as using digital media for entertainment purposes, while homework does not.

According to their guidelines, children 2-5 years old should only be allowed an hour of screen time a day. For those aged 6 and older, the guidelines give more leeway – it is up to the parents to regulate their children’s screen time.

Children 18 months old and below, on the other hand, should not be exposed to any type of digital media according to the AAP.

Chassiakos said cutting off digital media from infants’ lives is essential for their brain development and the parent-child relationship.

She added, “The noise and activity of a screen are distracting for a child”. Even though the child is not directly watching the screen, he/she can still be overstimulated by the lights and sounds – possibly causing distress and sleep problems. On top of those effects, screen time can also lead to disconnect between the parent and child.

An example Chassiakos brought up is when a mother breastfeeds her child. The more interaction, especially eye contact, the better it is for the development of the infant.

If a parent is distracted by their smartphone or television, babies are deprived of their attention. If this grows into a habit, the child could develop behavioural issues in the future.

“The TV should not be a babysitter. It’s much better to talk to a child or read from a book,” Chassiakos said.

Parents should prioritise “creative, unplugged playtime for infants and toddlers,” according to the AAP. Children from two to 5 years of age can be introduced to screens for up to an hour a day. The quality of entertainment they are exposed to is also crucial – the AAP recommends programs such as those produced by PBS or shows like Sesame Street.

Chassiakos added that shows like Sesame Street are better than regular shows since the do not have advertisements which can overstimulate children. Toddlers do not necessarily understand advertisements or animations, and they cannot interpret images like an older child would – making them unable to differentiate real people from fictional cartoons.

The AAP recommended programs like Skype or Facetime though. Interacting with their grandmother through these types of programs, for example, could promote healthy development in children. After these instances, the parents can repeat what was discussed during the conversation to help the child learn.

For children or teens older than six years of age, the AAP stated that it is up to the parents to set the limits. However, children should still prioritise “productive time” over “entertainment time.”

According to Chassiakos, healthy children’s days include school, homework time, an hour of physical activity, social contact, and sleep – this accounts for up to 12 hours of their day. Kids can have their screen time for whatever is left of their waking hours.

Dr. Jenny Radesky, in the press release from the AAP, said, “What’s most important is that parents be their child’s media mentor. That means teaching them how to use it as a tool to create, connect, and learn.” The AAP also agreed that screen time should not take the place of healthy active – like sleep, physical activity, or social interactions.

The media environment has evolved rapidly in the past decade and it certainly has positive aspects: it is interactive; it aids communication; and it allows its users to be creative. On the other hand, Chassiakos said parents should still be wary of its risks: cyberbullying, online advertising, sexting, and online predators.

On their press release, the AAP also stressed that parents talk to their younger children about TV advertisements, too. Products such as fastfood, sugary cereals, or candy are directly aimed at children, and their parents should inform them that these are not the healthiest of choices.

Although digital media has changed drastically, most parenting rules still apply. Parents have an important role in their children’s online and digital media experience – just like in their “offline” lives.

A parent’s responsibilities do not end in their guidance of their kid’s digital media habits; they should be aware of their own habits: only using their phones for important or urgent instances, and not spending all their time watching TV or using the computer.

Children know when they do not have their parents’ undivided attention. This lack of focus from their parents can worsen their irritable behaviour or habits.

The academy recommended that family set “media-free times together, such as dinner or driving, as well as media-free locations at home, such as bedrooms.”

Without phone during dinner, families can immerse themselves in conversation – something important to a child’s development. These face-to-face interactions strengthen bonds between family members, and can just positively affect the people involved in general.

Aside from improving sleeping habits, keeping bedrooms free of digital devices can help in parents’ monitoring of their children’s online and offline habits. They can make sure their children are guarded from malicious programs and websites, while also monitoring their school-related activities before any recreational screen time.

“This does not mean you cannot play video games with your kids. What’s most important is families have media-free time, and when digital media is used, it’s used mainly for communication rather than entertainment,” Chassiakos concluded.